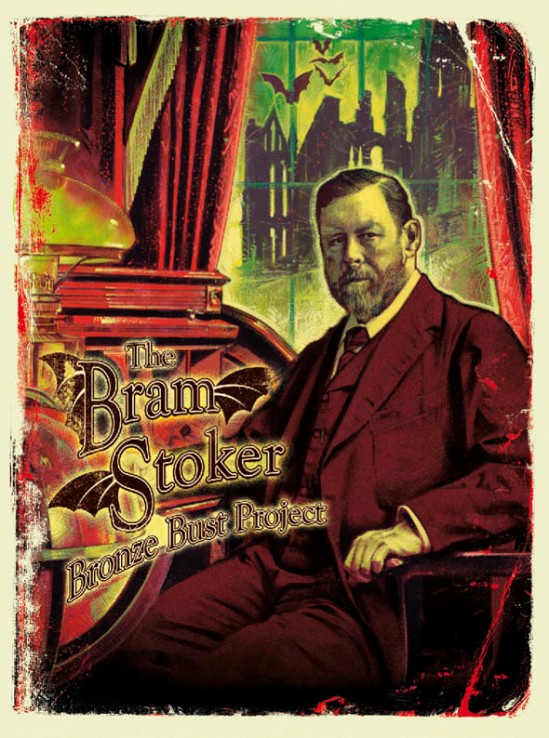 Since its publication in 1897, Bram Stoker’s “Dracula” has set the standard for the vampire in art, literature, music and film. It’s influence cannot be denied. Scholars have labored over its implications since the Victorian era. Fans, like Moore, have simply enjoyed it for what it is: classic horror at its most potent.

“The character of Count Dracula embodies what we’d all like to be” Moore states. “Sexy, immortal, wise from centuries of lost l’amour, status hard won and enduring to the last. The undead Count represents everything timeless and deathless that never goes out of style throughout the romantic ages.”

As with the Lovecraft and Poe busts, Stoker will be immortalized in bronze to the city of his birth, Dublin, Ireland. 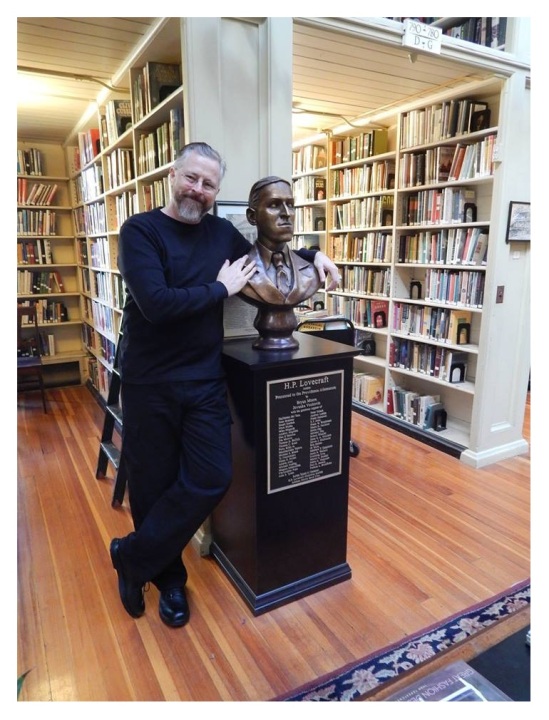 “Fans across the globe helped me to place busts of Lovecraft in Providence, Rhode Island and Poe to Boston, Massachusetts. It seemed only fitting that Bram Stoker should return to the Emerald Isle and will be donated to the Dublin Writers Museum in Parnell Square.”

“Placing a bust of Stoker here puts emphasis not only on his personality but also on his nationality” said Robert Nicholson, Curator of the Dublin Writers Museum. “Being born and bred a Dubliner was just as important to Stoker’s genius as it was to that of his contemporary and acquaintance, Oscar Wilde, and to many other writers born here on the cultural faultline.”

Joining Moore in his literary quest of honoring Stoker is no less than Bram’s great grand-nephew Dacre Stoker, who manages the Estate of Bram Stoker as well as co-author of both the sequel to “Dracula” entitled “Dracula; the Un-Dead” and the non fiction “The Lost Journal of Bram Stoker”. Dacre travels the world presenting his informative and entertaining lecture “Stoker on Stoker” to Dracula fans eager to learn more about their favorite author.

“The Bram Stoker Estate is very pleased to endorse the Bram Stoker Bronze Bust Project. The Stoker family would ultimately like to see a statue of Bram displayed in a prominent location in Dublin. A bronze bust is certainly a fitting tribute and this effort by Bryan Moore is to be commended and is worthy of our family’s support.” 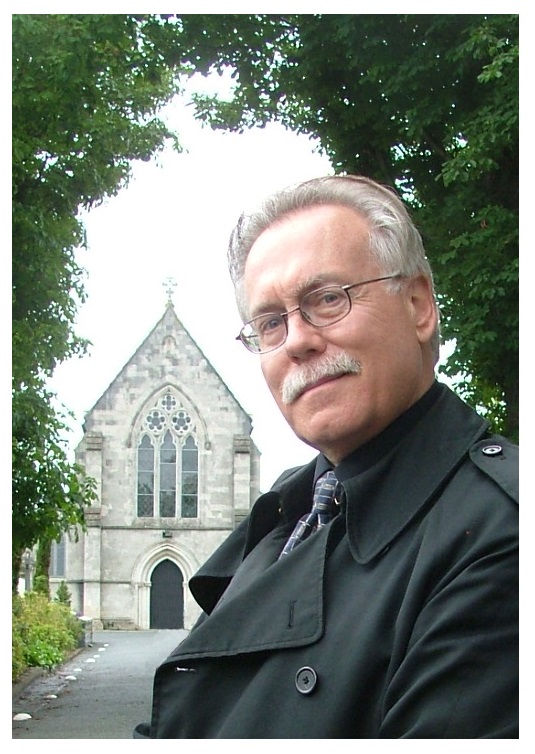 Also on board is noted Dracula scholar, author and filmmaker David J. Skal, whose book “Hollywood Gothic: The Tangled Web of Dracula from Novel to Screen” paved the way for his much anticipated biography, “Something in the Blood: The Untold Story of Bram Stoker”, to be published by Liveright next year.

“Bram Stoker and his extraordinary novel have received serious critical attention only in recent decades,” Skal said. “It’s attention long overdue and this wonderful tribute at an important literary institution will help solidify Stoker’s reputation as one of the most influential imaginative writers of all time.”

Skal will also join Moore at the bust unveiling on May 26th, 2016, the anniversary of “Dracula’s” original publication in 1897. He will also present his first public reading anywhere of passages from “Something in the Blood.” 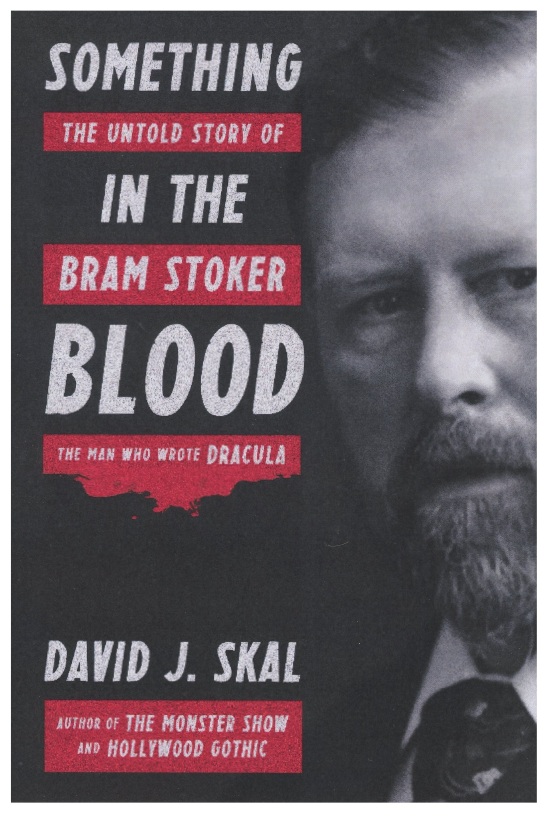 As with the Lovecraft and Poe projects, Moore will be launching a Kickstarter campaign to crowdfund the costs of the bust as well as personally making a financial donation to   Children’s Books Ireland, a local organization that promotes children’s literacy.

“It’s an incredible amount of work for many months to plan and launch these bust projects with the project team, but also incredibly rewarding” says Moore. “So many fellow fans from across the world rally to the cause and help me turn this vision into a reality, which is to celebrate these legendary authors of works that mean so much to the public consciousness and to pop culture. It’s about time that the authors of these classics of horror literature were seen as legitimate scribes of something really special that never becomes dated. Horror will outlast us all.”

All inquiries can be directed to Lizette Webb-Strike at bramstokerbronzebustproject@yahoo.com

An Interview With Bram Stoker

Bram Stoker interview from the July 1st, 1897 edition of The British Weekly

Staged Reading Of Dracula At The Lyceum Theatre In 1897

Bram Stoker’s own stage adaptation of his novel

There Are Such Things! Bram Stoker Interviews Michael Theodorou About His New Stage Play.