Bela Lugosi and his son pose outside the County Playhouse 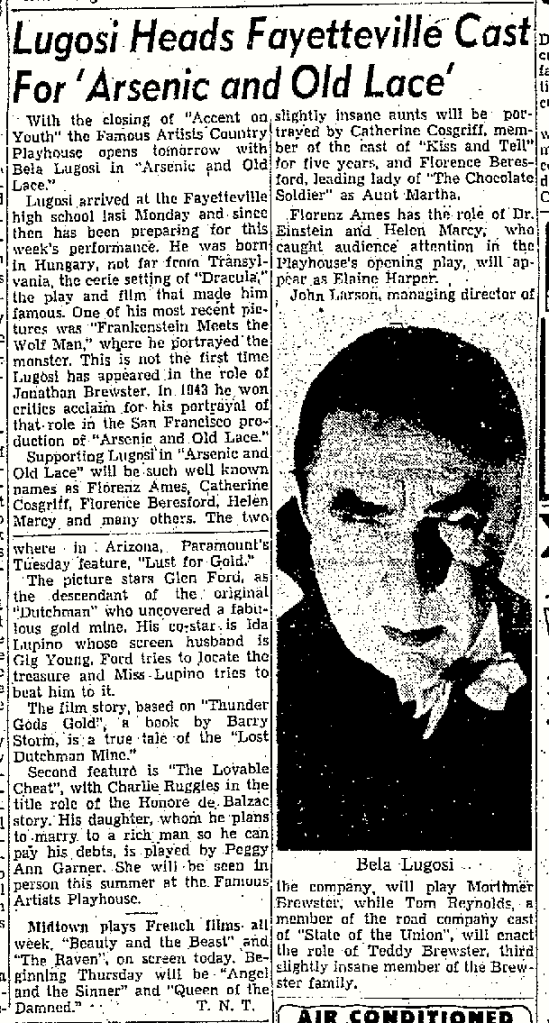 With the closing of “Accent on, Youth” the Famous Artists Country Playhouse opens tomorrow with Bela Lugosi in “Arsenic and Old Lace”

Lugosi arrived at the Fayetteville high school last Monday and since then has been preparing for this week’s performance. He was born in Hungary, not far from Transylvania, the eerie setting of “Dracula,” the play and film that made him famous. One of his most recent pictures was “Frankenstein Meets the Wolf Man,” where he portrayed the monster. This is not the first time Lugosi has appeared .in the role of Jonathan Brewster. In 1943 he won critics acclaim for his portrayal of that role in the San Francisco production of “Arsenic and Old Lace.”

Florenz Ames has the role of Dr. Einstein and Helen Marcy, who caught audience attention in the Playhouse’s opening play, will appear as Elaine Harper.

John Larson, managing director of the company, will play Mortimer Brewster, while Tom Reynolds, a member of the road company cast of “State of the Union”, will enact the role of Teddy Brewster, third slightly insane member of the Brewster family. 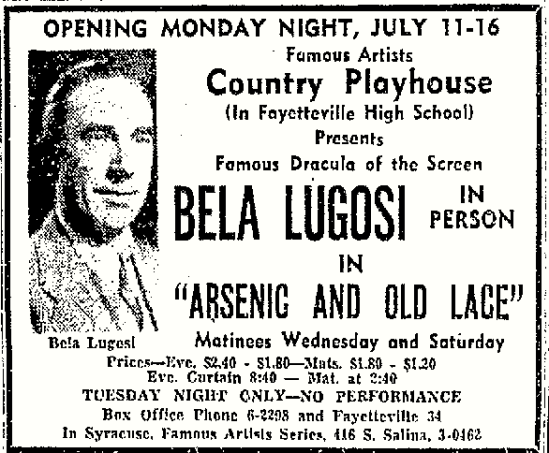 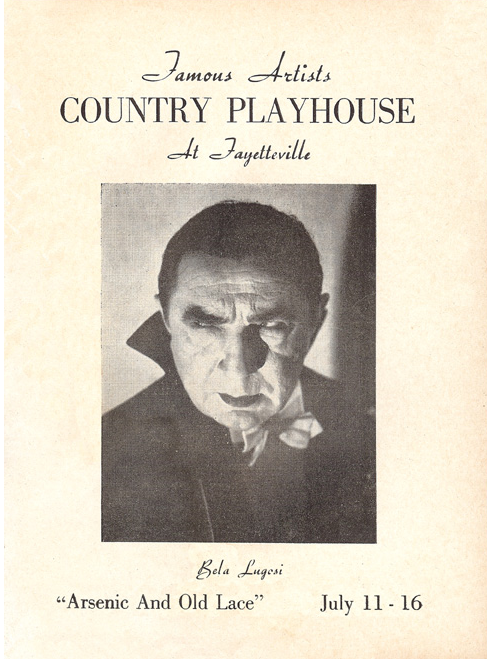 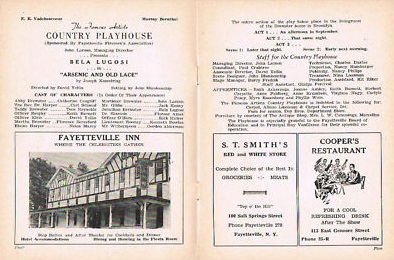 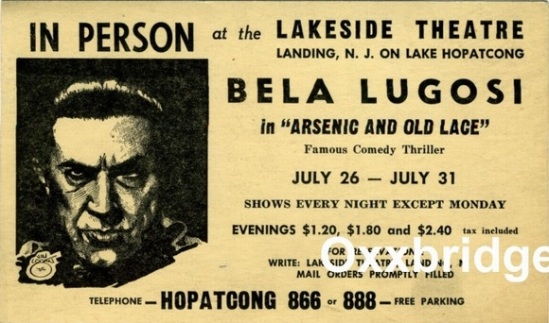